It wasn’t even a wave – it was like a brick wall of water. You blinked one minute and it was already hitting the rocks.”

Around 3:20 pm yesterday, a 6.2 magnitude earthquake occurred just southwest of Antikythera in the Aegean Sea. The impact of the quake sent a fast-moving wave of water ripping through the Mediterranean at speeds of upwards of 320 km/h. The extent of local damage has yet to be fully assessed however, run-up distances of up to 25 m have been reported through low-lying areas on the island of Santorini.

Many local residents in the town of Fira evacuated the iconic white buildings of the rim quickly at the first signs of shaking, as the rigid villas, storefronts, and restaurants of the area are nestled into unstable sediment 400 m above sea level. This height ensures safety from tsunami waves but not from the risk of landslides. Those who did not evacuate not only felt the initial tremor and following aftershocks, but also bore witness to the initial tsunami wave as it rushed into the bay just below the city.

A local restaurateur saw the retreat of the ocean just beneath Fira as the wave moved closer, “The sea beneath the city, near the old port, got sucked away toward Kameni” he said, “if I didn’t know better I would say the volcano was calling the water back.”

According to Hellenic National Tsunami Warning Centre (HL-NTWC) tsunami specialist, Dr. Gustav Vulkan, tsunami drawback is “a process that occurs in the shallow sea as the tsunami approaches land. The wave itself pulls seawater away from the normal shoreline and back into the tsunami wave as it rolls toward shore, creating a faux extended beach and a larger wave.”

The tsunami wave itself had a height of 7 m and made contact with the inner bay of Santorini just before 4pm. There has been minimal damage reported to the island as the brunt of the wave’s force was centered on the steep caldera cliff walls, although there has been considerable damage to the historic Fira port, some small fishing vessels, and other coastal port shops and structures.

The main concern for tourists and citizens alike has been the destruction of Athinios Port – the location of the ferry dock for the island which affects movement of both people and goods to and from the island. Luckily, there has been limited damage reported to the airport thanks in part to the wall-like protection of Santorini’s largest mountains Mount Profitis Ilias and Mount Mesa Vouno.

What island-goers should be concerned about is the tsunami-related issue of run-up. According to HL-NTWC scientist Dr. Gustav Vulkan, run-up is similar to “ a bathtub full to the brim with water – if you were to sit in the tub, the water would spill out the sides and across the floor. That movement of water as it spreads out across the floor is similar to run-up – the spreading out of water across low-lying areas.”

Some wave run up did occur in the low-lying southern part of the island as reflected on the map below. There has been some flooding-related and structural destruction reported in these areas so far, although we await a full damage report.

Some of the risks associated with yesterday’s tsunami were mitigated thanks to information from the HL-NTWC which has placed tide-gauges through the Aegean and central Mediterranean which can detect changes in sea level – an early warning of a big wave.

However, there are a limited number of sea level gauges immediately within the path of yesterday’s tsunami, which restricts the amount of information that can be collected to properly warn citizens within the collision path of a coming wave. In addition to a lack of tide gauges, local warning systems on the island are not as wide spread as they are in places like the Pacific Northwest of the United States where auditory alarms sound to warn of a coming tsunami.

For many residents, the biggest warning of a potential tsunami is the movement from the earthquake that triggers it. This is manageable for earthquake triggered tsunami – but some tsunamis are triggered by events such as underwater landslides which do not release seismic warnings the way earthquake driven tsunami do.

Some ways to improve the warning system would include the installation of more tidal gauges through the Aegean, especially in the waters surrounding Santorini as there is currently only one station.

Another critical addition would be auditory alarms or another form of widespread communication in order to protect both citizens and tourists from all tsunami threats – a system that would have mitigated some damage already accounted for during this past wave.

Although the damage during this most recent tsunami event was limited and the ports will be rebuilt, it is important to understand the threat that can come from tsunami. Just like tourists on the island, the threat of tsunami is not going anywhere anytime soon – maybe it is about time we rethink our approach to tsunami preparation and not just rebuild.

DISCLAIMER: This is a theoretical news report on the possible effect of a tsunami on Santorini. None of these events or accounts are real, although they are built off of real experiences from past tsunami in the Aegean and past tectonic activity on Santorini. 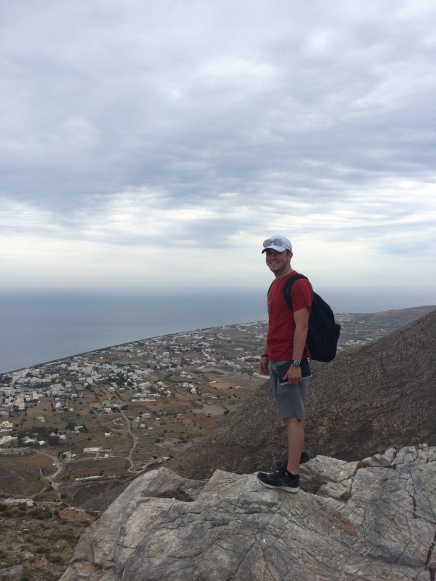 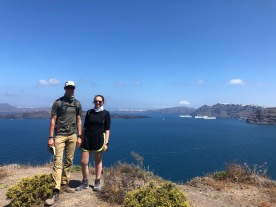 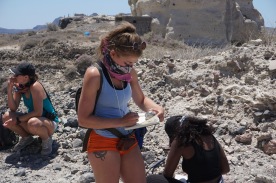 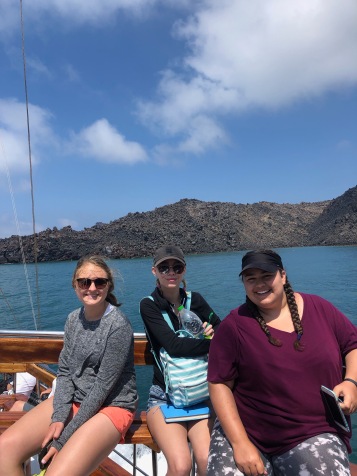 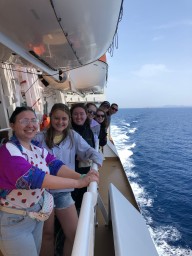 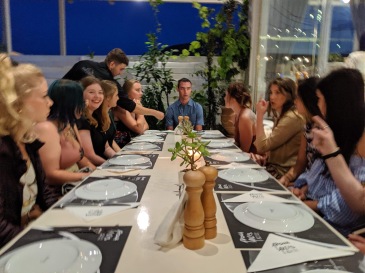 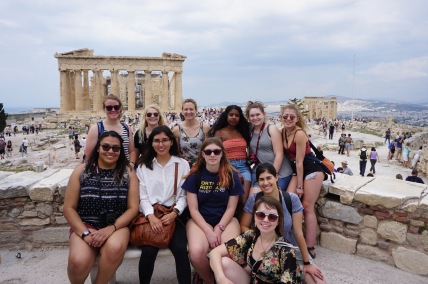 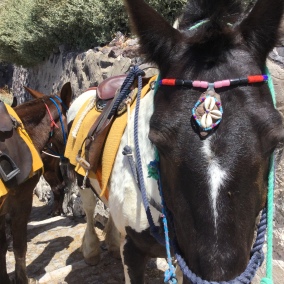 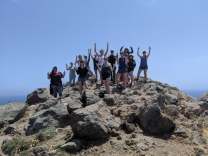 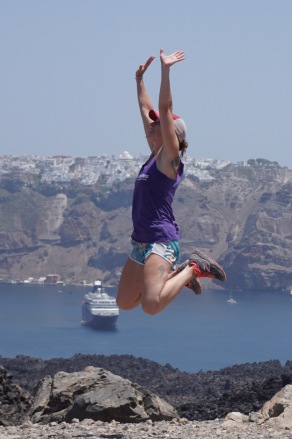 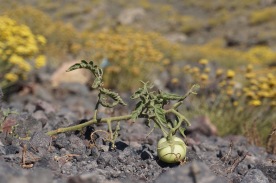 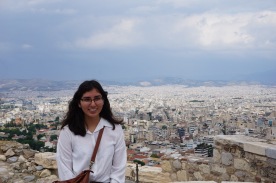 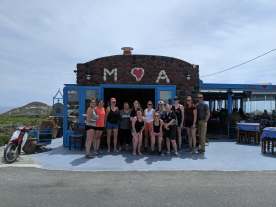 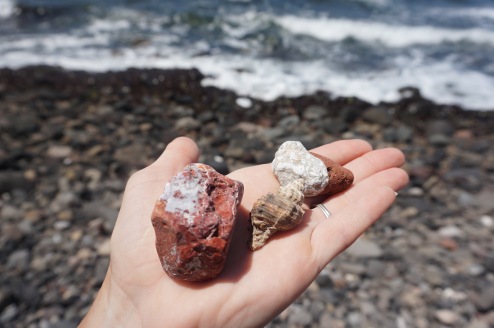 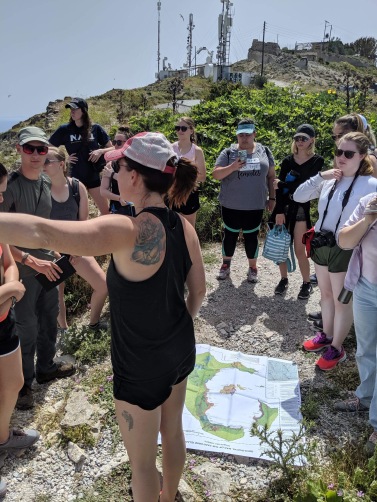 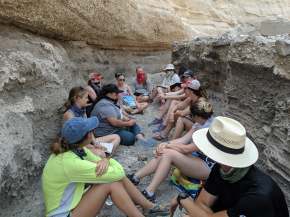 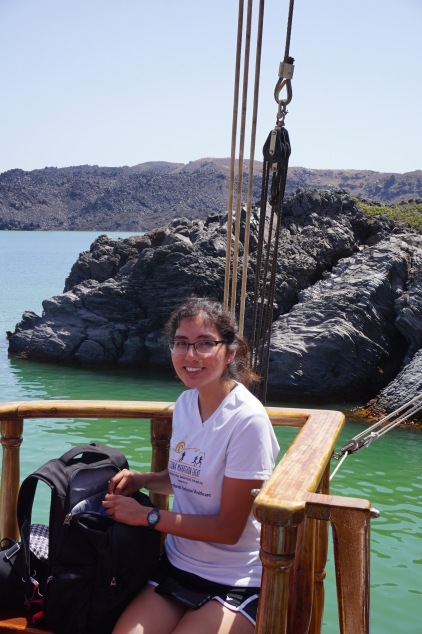 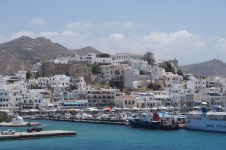