When you first step foot into the excavation of the ancient Minoan town of Akrotiri the world seems to get just a little smaller. To stand in a spot where 4,000 years ago people walked those very streets going about their daily lives is one of the most amazing experiences a person can really have. The town sits now as a ruin covered in pumice and ash left over by the eruption that brought one of the most technologically advanced ancient civilizations to its knees.

As a student of anthropology and hopefully a future archaeologist, if all goes according to plan, this little broken down town is a treasure box that I could not wait to open. After being in this class for the last three weeks I have learned what helped to both preserve and destroy this ancient Minoan city. Having been taught the destructive and preservative powers of massive volcanic eruptions seeing Akrotiri with my own eyes was the gift that kept on giving.

The eruption that has shaped Santorini into its current visage is also the eruption that preserved Akrotiri in such a beautiful manor. There are two main phases of the Minoan eruption that had a large effect on the urban sprawl of Akrotiri. The first phase which helped preserve the city was caused by pumice fall while the second wave that would have helped to destroy was a pyroclastic surge.

The first phase or phase one which consisted of pumice fall is found throughout the excavation site and is the reason that the town is so well preserved. When pumice fall occurs, it blankets the landscape covering anything and everything meaning it would have covered and filled in most of the city protecting it from weathering and other erosional factors. This blanketing allowed for a large amount of the city to become protected from the more destructive phases of the eruption.

After the pumice fall the roofs of the houses in Akrotiri would have collapsed allowing the pumice to fill in most of the buildings. This filling in of the buildings with pumice would have stopped time in a sense for many artifacts, keeping them preserved just as they were when the Minoans used them.

The second phase however was a demon hell bent on destroying every part of Akrotiri it could get its grubby little hands on. This phase was a pyroclastic surge which is similar to a pyroclastic flow that being it consists of hot gasses supporting materials that flows through the landscape. However it does have some minor differences.

Pyroclastic surges are firstly produced horizontally meaning it flows over the landscape in the same way a wave would crash and flow in the ocean. It will smash into things them depositing material the whole way. This surge spelled trouble for the now pumice covered city of Akrotiri.

The surge would have most likely helped to destroy walls and organic material as the super heated gas flowed through the town like a hellfire dust storm. Anything in its path would be fair game for destruction. This phase played a big part in breaking and destroying artifacts as it blasted through the town leaving more material stacked on the still hot pumice.

Even with the menace of the surge storming through the town, Akrotiri remains fairly well preserved as it lay undisturbed for 3500 years before archeologists began searching for the truth hidden under the ash. The site was first found by french archaeologists in the late 1800’s and wouldn’t be excavated thoroughly until the 1960’s (1).

The systematic excavation of Akrotiri began in the year of 1967 under the watchful eye of archaeologist Spyridon Marinatos who would dig for only 10 years. During this time he would uncover many artifacts and important information regarding Akrotiri. Most importantly he would bring the city back from the dead, filling it with life once again.

He would begin his ventures into the city by attempting to dig tunnels into the buildings doors as to leave area above to walk on. After figuring out that he was dealing with larger buildings, sometimes three to four stories, he decided to fully excavate the buildings as best he could. The final way he would decide to excavate is in a north to south direction through a river channel, which is how you see the city today (1).

During the time that the excavation was ongoing they discovered that Akrotiri was a flourishing harbor town that lived on fishing and farming. Many artifacts were found showing this such as a Fresco of a fisherman and jars found in a shop containing barley and wheat. One of the most interesting artifacts found in Akrotiri were the Fava beans showing that the bean has been farmed in Santorini for thousands of years as it is still grown in quantities today.

Other important artifact discoveries that were made during this ten year period were empty spaces in the pumice fall containing the mold shape of tables and beds that would have turned to dust years ago. These tables and beds were stacked and left to be found looking as if the Minoans leaving Akrotiri had plans on returning.

After ten years, the excavation in the 1960’s halted as the money funding the trip ran out leaving the town half excavated. It wouldn’t be for another 50 years that the excavation would begin again allowing for the discovery of new information to show the world. The excavation in the 60’s was a large undertaking and the efforts of those archeologists does not go unnoticed allowing people like me to gaze upon the city that sank beneath fire.

The excavation sadly was not restarted until 2016 when they began excavating a small room where a golden goat had been found during earlier excavations. Though new things have been discovered it is hard to say exactly what they have found since it is a fresh archaeological dig site. No new papers have yet been released showing the world what they have found.

Though there isn’t anything being released currently about the ongoing excavation I very much look forward to the future of the site. The possibilities of what could be unearthed is exciting and one of the main reasons I hope to join the field of Archaeology. All that we can do right now is look forward to the amazing things they’ll find hidden underneath the volcanic rocks.

The trip to Akrotiri was definitely one of my favorite days on my trip and allowed me to sit and dream about what could be hidden just a couple feet down. Just learning that volcanic eruptions are one of the only natural events that can both destroy and preserve artifacts changed the way I looked at eruptions let alone knowing how all of this occurred. The one thing that made me slightly sad was knowing the last time a major undertaking went into excavating this lost treasure of a city was in the 60’s.

Seeing this town buried under the evidence of one of the most destructive natural disasters in the world cemented how badly I dream of searching through these ancient cities for myself. As someone that dreams of digging into the earth looking for the lost history of mankind, this town helped to increase my fascination. I can say with one hundred percent honesty that this trip has been the most amazing experience of my life.

3 thoughts on “The Treasure Under the Ash” 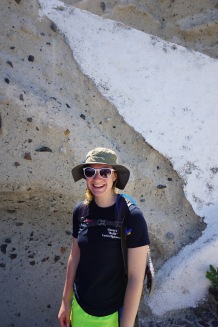 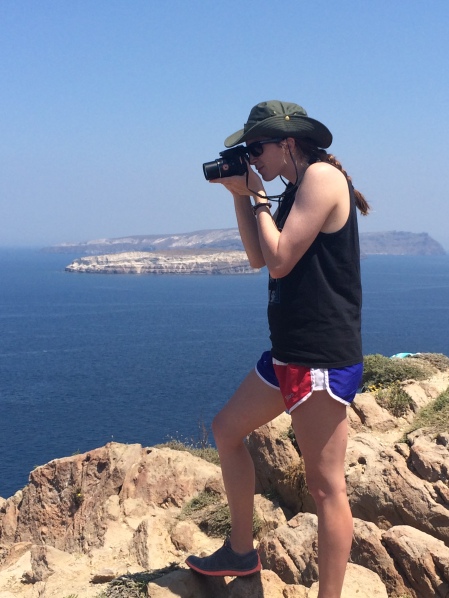 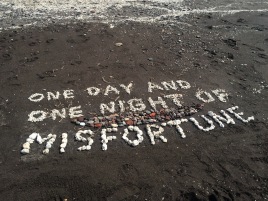 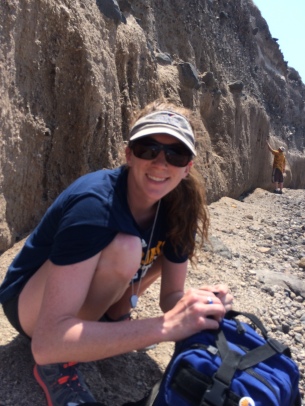 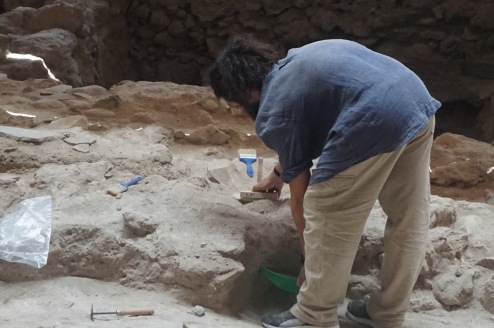 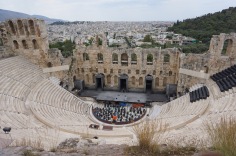 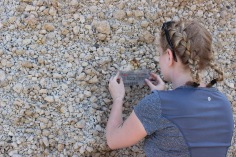 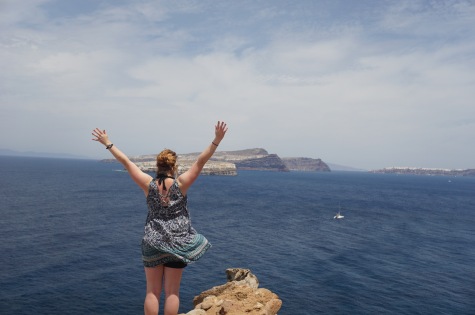 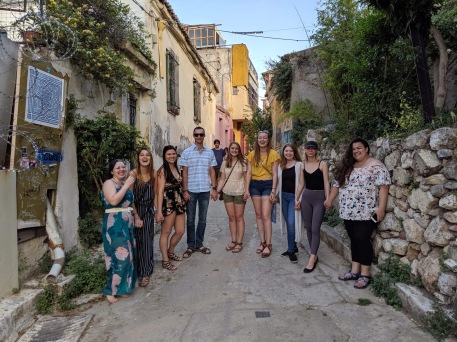 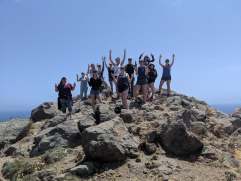 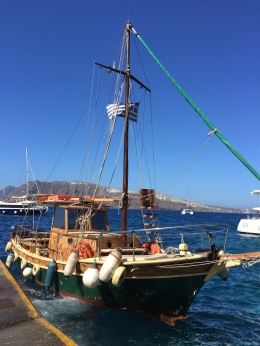 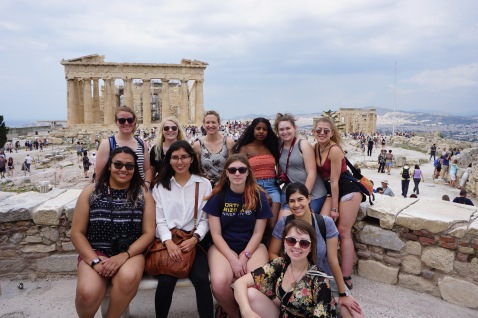 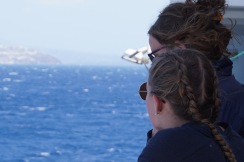 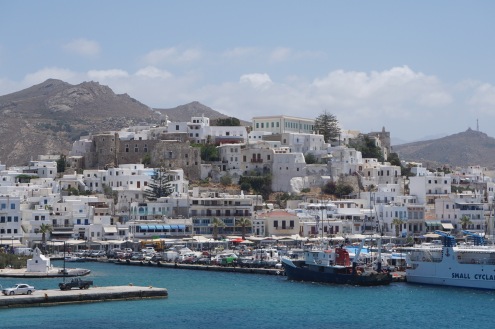 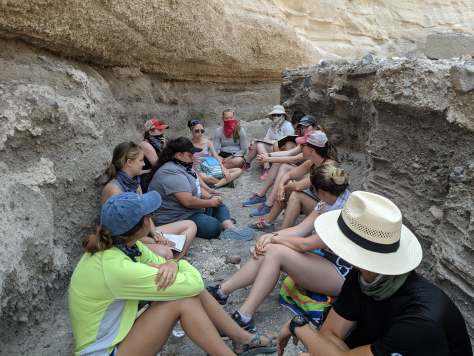 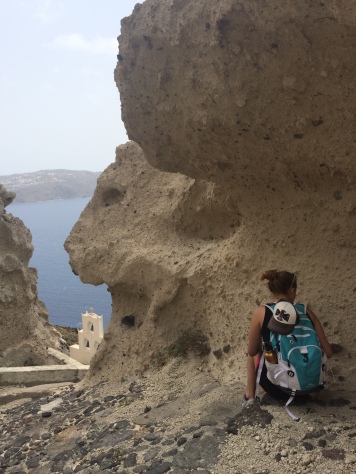 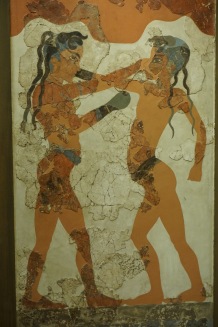 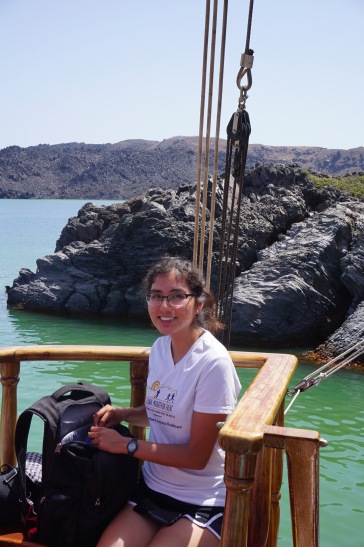 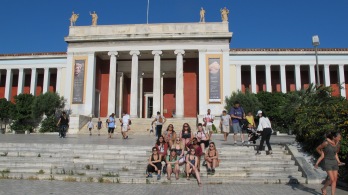