This week, we drew countless outcrops of rocks, ate a concerning amount of gyros, and were lucky enough to tour the ancient city of Akrotiri. Akrotiri is a Minoan metropolis destroyed, yet perfectly preserved, by the most recent caldera eruption. Much like Pompeii, the whole city was engulfed in smoldering ash and pumice, leaving it exactly the way it was over 3600 years ago. But how do we know when these prehistoric events occurred when calendar years were not recorded, let alone conceptualized? The answer is radiocarbon dating.

All organic material, which is anything that contains carbon like wood or our bodies, start to age and decay the moment it is created. The same goes for radioactive carbon isotopes (and technically many other elements, but we’ll just focus on the building block of life). We now know exactly the rate at which these isotopes decay. By detecting how much of the carbon has decayed, we can calculate exactly how long it has been in existence. It might just be because I’m a huge nerd, but I think this is the most incredible invention since the printing press!

Some parts of the city were devastated by boulders ballistically thrown from the volcano, but what’s left today was petrified due to the hot pumice fall. The photo to the right is a room called the Porter’s Lodge. You can see that the walls have been destroyed by the volcanic and seismic activity, but the pots (called pithois) are unscathed. For an in depth explanation of why pumice falls preserve environments, please read Aaron Young’s informative blog “Buried Treasure: The City of Akrotiri”.

The startling aspect about Akrotiri is that a few organic objects actually survived the blistering pumice fall. A few seeds and limbs of an olive tree were discovered by Tom Pfeiffer in 2002[1]. All organic material decompose, so most of the actual tree had rotted away by this point, but bark from the charred tree had remained.

These branches made their way to a radio dating lab, and the results yielded the most precise date of the actual eruption. 1613 BC with a confidence interval of 13 years[1].  (The featured image at the top of the page is of fossilized olive pits from the Museum of Prehistoric Thera.)

This is a monumental discovery for a few different reasons. For one, it helps estimate eruption intervals and we can predict when the next catastrophe might be. Second, we have a definitive date for when the Minoan civilization thrived. To know that a small island society was so advanced even centuries ago is astonishing.

The photo below is a mold of an olive tree found in Akrotiri. Hot pumice will envelope an object, and when it eventually decomposes, the surrounding ash becomes a perfect cast.

On a side note, the archeological site has unearthed 10,000 cubic meters of ash, pottery and priceless artifacts, but the excavation stopped several decades ago due to lack of funding. The actual size of the city is thought to be up to 30 times the size of what is exposed now [2]. Knowing there is more to discover right underneath my feet, but not being able to frustrates me to no end!

Seeing Akrotiri after 4000 years was chilling, to be honest. The once vivacious city now lies in pieces due to forces of nature. This highly anticipated visit left us all with a sense of wonder and frustration. An advanced society buried by ash in a matter of hours, petrifying their way of life for eternity, and there is much more to be discovered. Thanks to radiocarbon dating, we have an even better understanding of the environment. I am thankful for the opportunity to visit this ancient city; Santorini itself for that matter. The demanding work in the hot sun is worth every drop of sweat, and studying on this dazzling island is an absolute blessing.

3 thoughts on “Save the Date” 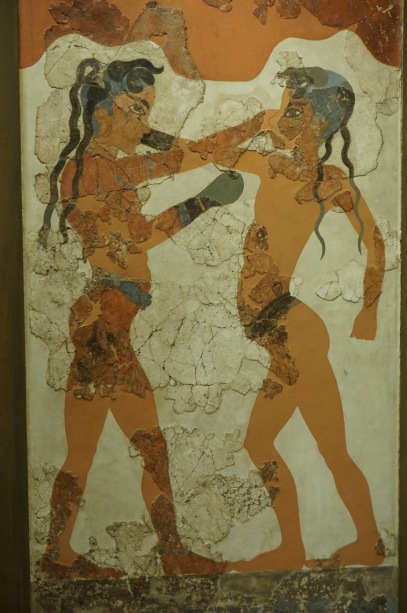 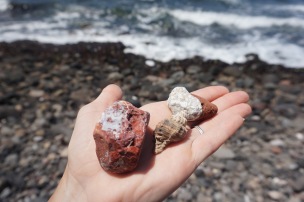 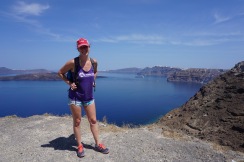 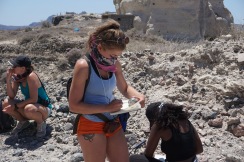 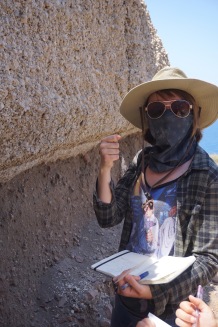 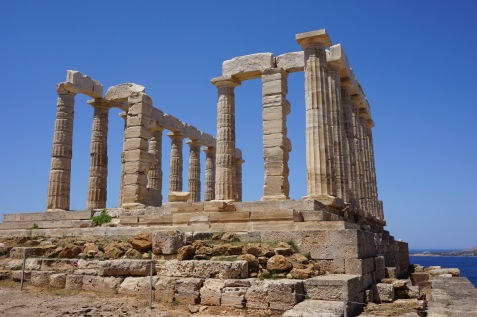 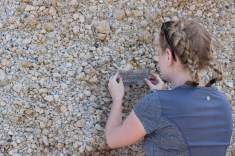 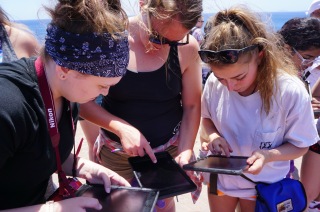 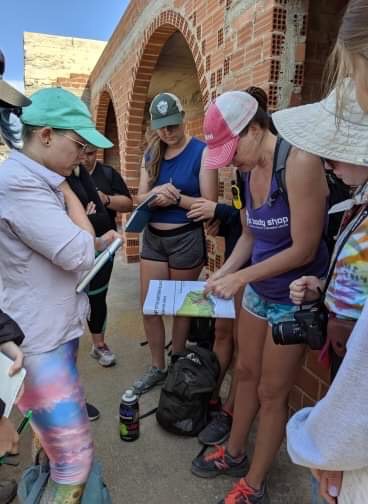 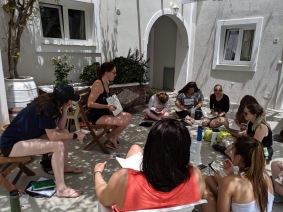 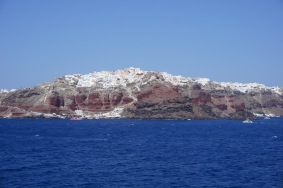 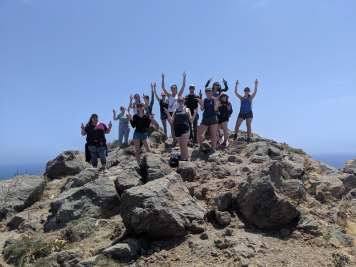 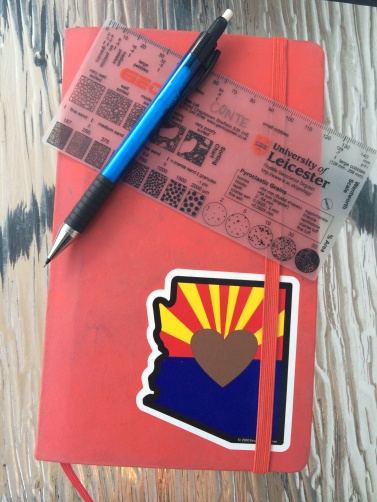 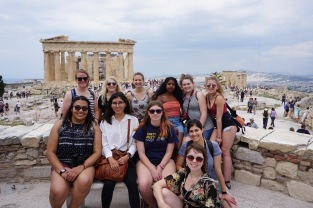 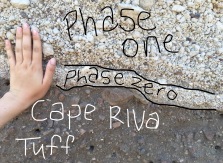 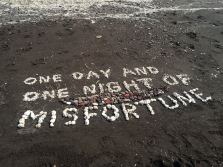 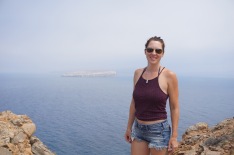 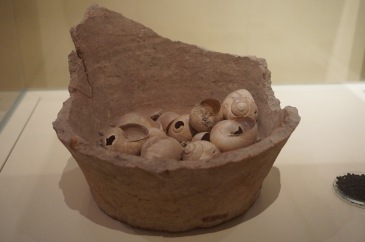 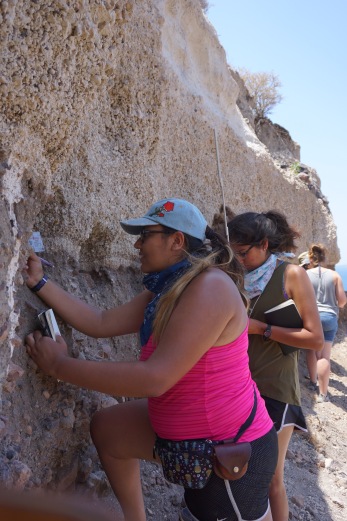 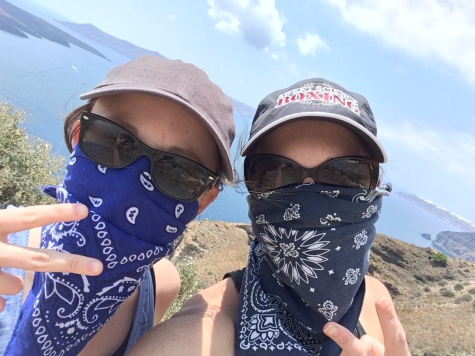 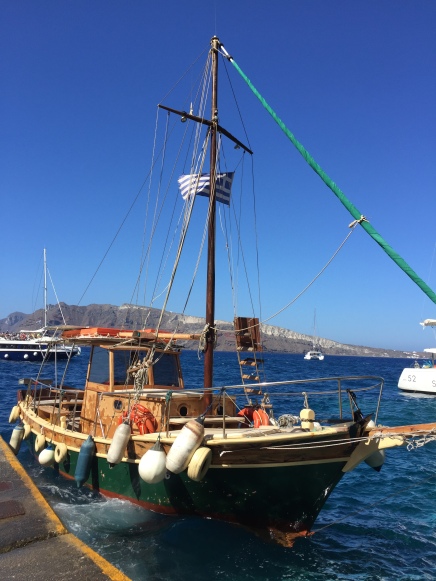 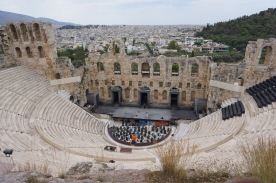 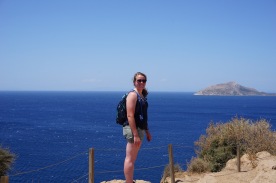 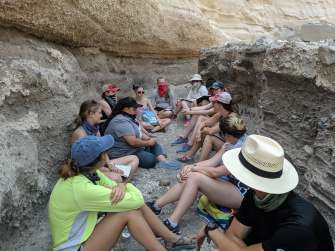 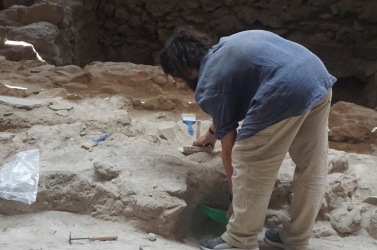 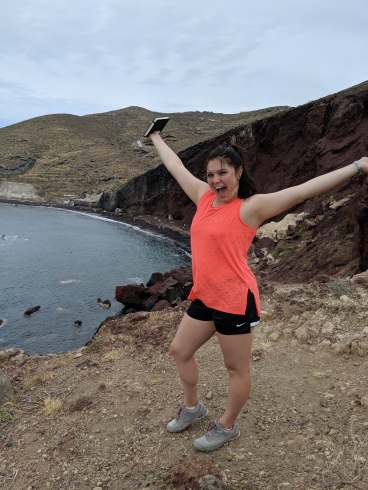 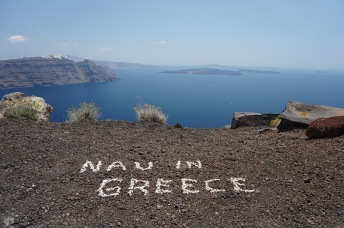 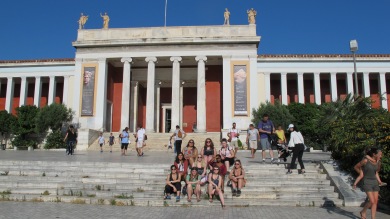 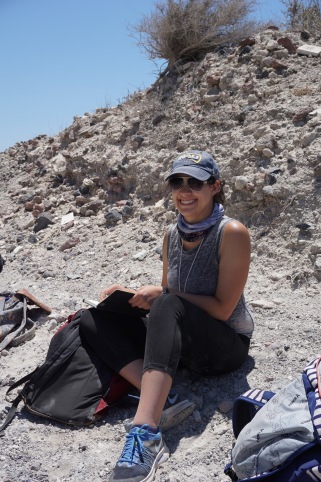 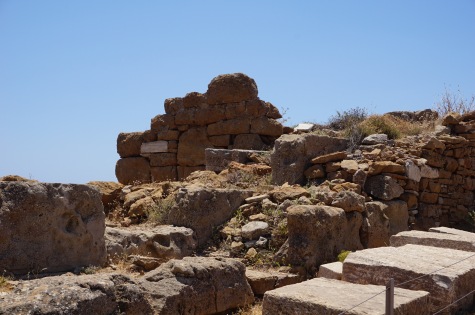