On the first day in the field, our group walked down the road from our hotel to Fira Quarry. From the top of the trail, I had a great view of the size of the rock outcrops that extended all the way down into the mined out area, but from the bottom of the quarry I was staring up at 20 meters of Minoan eruption ash and pumice. The wall of rock that stood dauntingly above me made me think about why it stopped where it did and what happened to all the other material that once filled in the area we were standing in, and why it would benefit anyone to mine the pumice at the quarry. 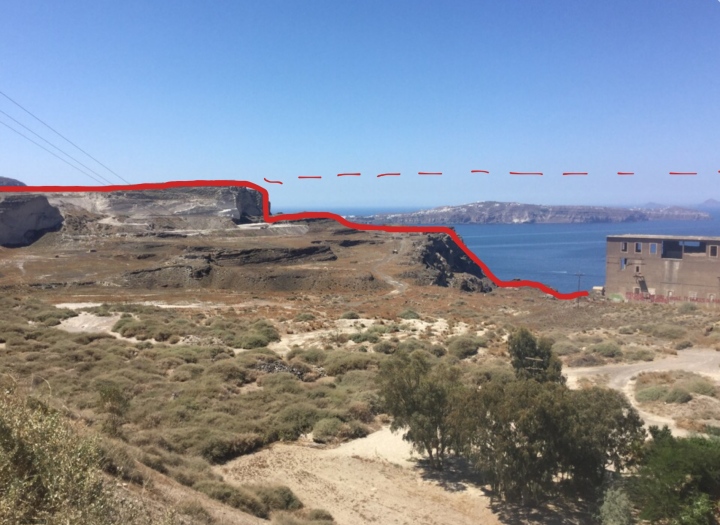 I remembered hearing a quick comment in one of the lectures about how the ash and pumice was mined from Santorini in the late 1800s to build the Suez Canal because it can make water resistant cement. I was bewildered by the idea that the rocks in this quarry had been there, untouched and unmoved since the Minoan eruption in 1613 BC (+/- 13 years) and then one day people just started mining. Some of the material that was ejected from Santorini’s magma chamber in Santorini is now in the walls of the Suez Canal in Egypt.

This stuck with me and left me wondering about the composition of the cement, what about the ash and pumice made it water resistant? Why had all the pumice on the island not been mined if it made such great cement? What other constructional purposes could ash be used in to improve the structures? As I began researching the topic the more it started to make sense and I realized that the aftermath of the enormous caldera explosion has some long-lasting positive effects, such as creating economic resources for this small island.

Pozzolanic cement is made with silicious volcanic material (the pumice in the quarry has ~73% silica), which when added to other cement mixtures, produces water-resistant cement. Silica reacts with lime, a chemical that is produced as the cement solidifies and helps stop it from cracking as it hardens, so it makes sense to use silica-rich pumice in the mixture[1].

Pumice works for this purpose because the reactions require high silica content and pumice is a felsic silica-rich rock (the pumice is ~73% silica). You could not take basalt (between 50-60% silica), crush it up and add it to the cement mixture expecting the same results as using pumice. The reaction would not be the same and the cement would not have the same properties as pozzolan because of the lack of silica present to interact.

Pozzolan from Santorini, called Santorini earth, was mined starting in 1867 for building the Suez Canal, up until around 1980 when they stopped in order to preserve the environment of the island. Similar types of cement are used around the world because it is lower cost while maintaining durability and quality of cement.

Ash can also be used for constructional purposes outside of cement because of it durable nature. The runway of Santorini airport is founded on volcanic ash and a large portion of the pavement is made of compacted ash. The capacity of compacted ash to sustain loads of overlying pavement is very high compared to other small particle substances like sand.

(figure 3) Pumice and ash at the Fira Quarry

Pumice is not necessarily a renewable resource so people cannot just mine it infinitely for the purpose of making cement. We would have to wait for another eruption just to get the pumice again, and large, highly explosive volcanic eruptions equivalent to that of Santorini’s almost 4,000 years ago are relatively rare.

As we walked out of Fira Quarry, just south of our hotel, I was left with the thought that someone before us had the idea to take the pumice deposits from the highly explosive eruption and make something new out of it. The make up and silica content of the pumice makes it the perfect candidate for incorporation into cement because it strengthens bonds and creates durable building material. An eruption that destroyed and incinerated an entire island produced material that is now being repurposed and used to build and strengthen modern cities. 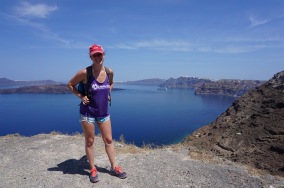 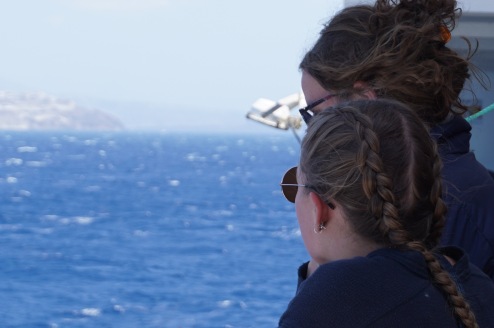 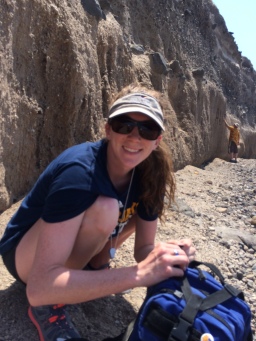 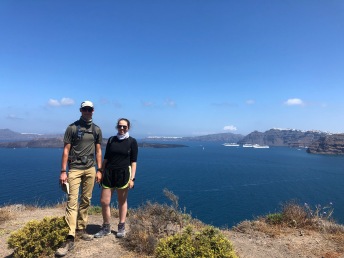 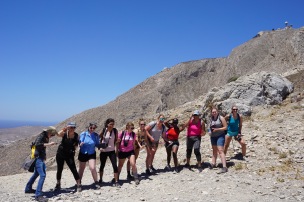 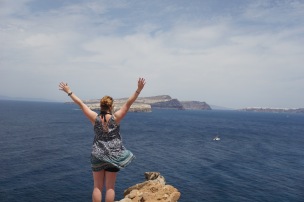 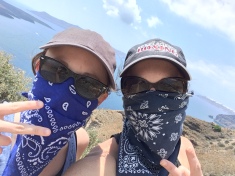 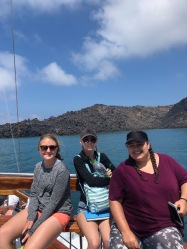 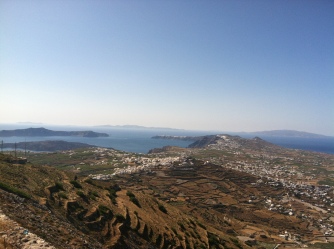 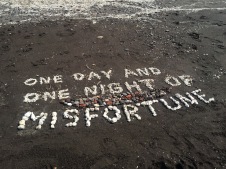 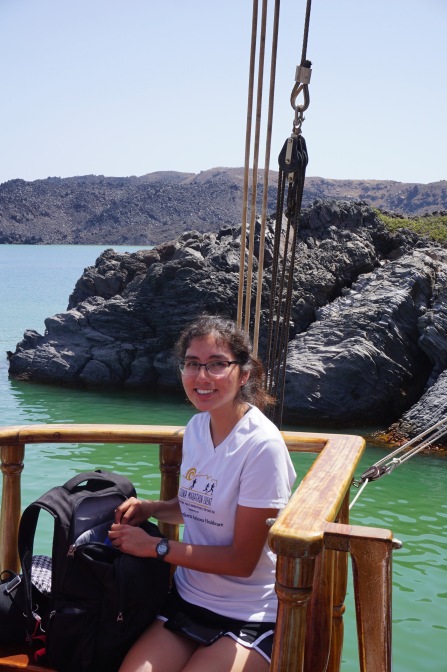 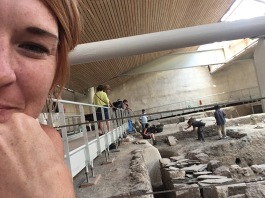