Now that we have looked at some rocks in the area, and have studied the Minoan eruption, what comes next? What lies ahead for Santorini? The past two days our class has had the pleasure of learning from a very well known geologist, who came and spent time with our class. His name was  Dr. Georges vougioukalakis, yesterday he pointed out different formations in the cliffs of the caldera wall we were passing as we road by on a boat. He walked us through the different stages of the eruption and the construction of this island in its pieces. Then he proceeded to tell us about how they monitor the volcano now and, what to expect in the years to come regarding the Santorini caldera volcano and its future. I found the way he was able to calculate his estimations for the eruptions to come fascinating. Using small computers, and big equations, he was able to forecast the future. The island of Santorini lies on a fault system. There are two major fault lines this system is based on, the Kameni fault line and the Kolumbo fault line, as shown in figure 1 below. These are both normal faults that live upstairs from the magma chamber holding the magma building up for the next eruption, these two faults control where the magma chamber lies, and when moved abruptly can release magma to the surface of the earth. These could sound like ticking time bombs, but they actually act as a great motoring tool. The more the magma moves, the more the rocks will move, the magma works its way pushing through the weak parts of the earths crust, activating moment in the faults. (1).

There are three eruption styles predicted for the next big boom. The biggest eruption predicted and also the most unlikely to happen in the short term, is a Minoan style eruption. This would become a catastrophic event, destroying everything in its way. The second eruption would also be a very destructive event in the short term, but is also very unlikely to happen. This is called the sub-mid-term volcano and it would be a sub-plinian eruption, an eruption such as this would result in a ash cloud about 5-8 kilometers high. Covering most of the island in ash, shouting down the ports, and the air port creating problem for santorini. The last prediction is the historic or Kameni/Kolumbo eruption. This is the most likely eruption to happen in the near(er) future, and the one I will keep my focus toward in this blog post. The Kameni/Kolumbo eruption is the least damaging, so this is good news for our sweet Santorini! The Kameni/Kolumbo eruption would include lava flows across the sea and an ash cloud, but nothing as catastrophic as the previous two eruptions listed. Although this is a some what safe eruption there are risks that come along with it (1). There have been the Kameni/Kolumbo eruptions in the past that took the lives of several humans and animals. In 1920 the Kameni islands had small eruptions,  that included an ash cloud, with lava flows, is impossible to predict, just because the amount of time it takes to reoccur! And in 1650 there was an explosion from a small caldera called Kolumbo just north of Santorini sharing the same Kolumbo fault line as Santorini. This eruption created an ash cloud and pumice fall. Right now it is estimated to come anywhere after 64 years. The last eruption was in 1950 (1). Risks of the Kameni/Kolumbo eruption include; vent clearing explosions, ballistic projectiles, ash and gases, seismic activity and, caldera cliff stability (1). Vent clearing explosions, also called hydrothermal eruptions are created by boiling water creating pressure under the earths surface, until it breaks through and causes a vent clearing explosion. This is a risk for people living on the island because once this happens there can be large rock fragments And ballistic projectiles being blasted from vent and travel all the way to the island. We can monitor this by a GPS system reading the ground inflation changes. When there is elevation in the ground, this means there is pressure underneath pushing the ground up. It could be caused from magma or water. To read more about the ground inflation that has occurred on Santorini, read Rachel Nelson’s blog post Ash and gases can become a problem for people to breath in. Ash falls down from the ash cloud created by the explosion which can be irritating to our lungs. The chemicals that are released from the vent during an eruption are carbon monoxide, methane, hydrogen, hydrogen sulfide, sulfur dioxide, and carbon dioxide. These chemicals can have harmful effects to the human body if there levels are to high. We can monitor this through thermal and chemical monitoring cites, as well as a Co2 flux station. We were able to see these monitoring stations on the top of Nea Kameni, they are connected to a computer right across the sea on Thera (Fig.2-3) This is a tool that can also be used to make predictions of what is going to happen next to prepare people living or visiting the island of Santorini (1).

Seismic activity is a big risk in Santorini due to the fault system that lies beneath it. These faults control the movement of the magma chamber. The more the magma moves underneath the more frequent the earthquakes become. We can monitor this using a seismograph. This helps us see the magnitude and frequency of the earthquakes in Santorini. Another risk that comes along with Santorini, because of the, not so sturdy, cliffs on the islands, land slides become an issue. There are many houses built on these cliffs that would tumble with big enough earthquakes and in the eruption. We use a seismograph to monitor the earth quake activity, and help us predict what the volcano will do next. There are many predictions for the future of Santorini. Some more likely than others, the most likely being the Kameni/Kolumbo eruption. If this were to happen the people would not experience a catastrophic event, but they would face many risks such as hydrothermal activity, ballistic rock fragments, ash and chemicals, seismic activity, and land slides. The equipment we have today can help us prepare for the next eruption, making the impacts less damaging. The locals here in Santorini can sleep soundly for now, knowing that the near future of their home won’t become a catastrophic event and that it is monitored everyday.

2 thoughts on “The Future of Santorini” 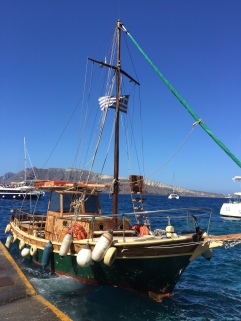 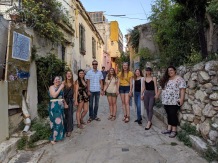 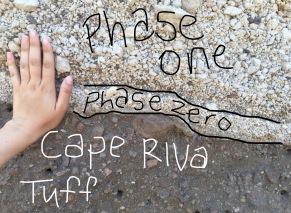 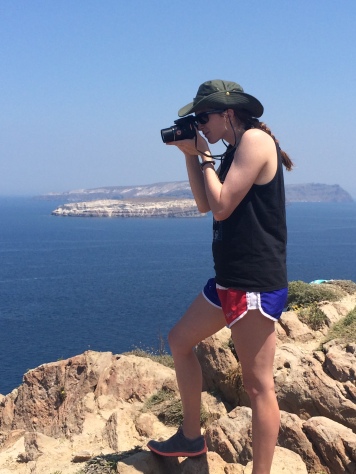 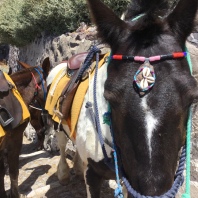 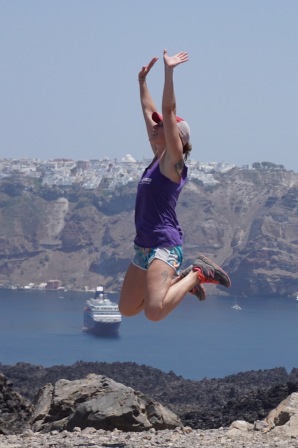 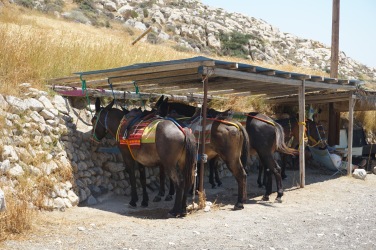 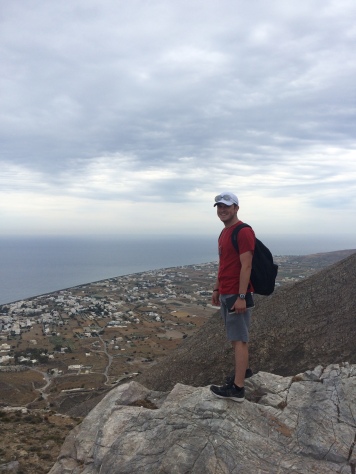 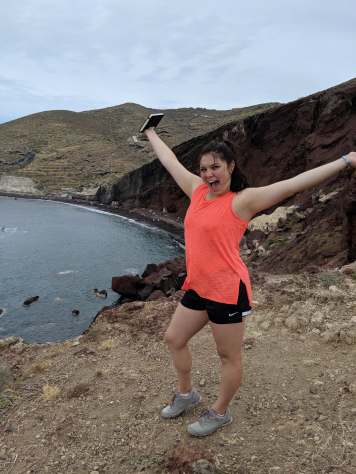 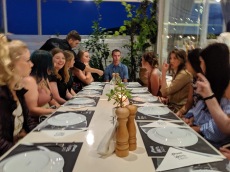 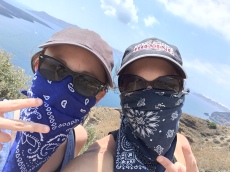 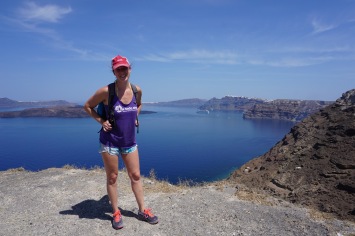 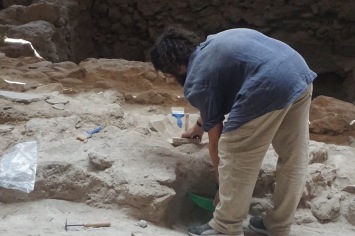 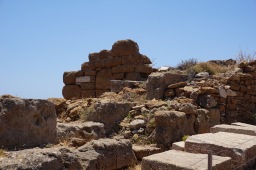 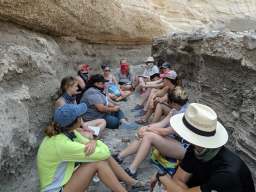 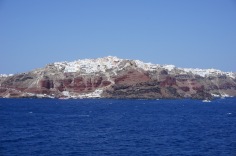